With a Bachelor of Arts from Salem College in not-for-profit management, Mackenzie has over 15 years of experience in both the corporate and not-for-profit worlds. Before founding the Winston-Salem Ambassadors, Mackenzie served as the Development Manager at the Downtown Winston-Salem Partnership. She is married to an applications systems engineer and has three young girls, who are six, almost 4 and 19months 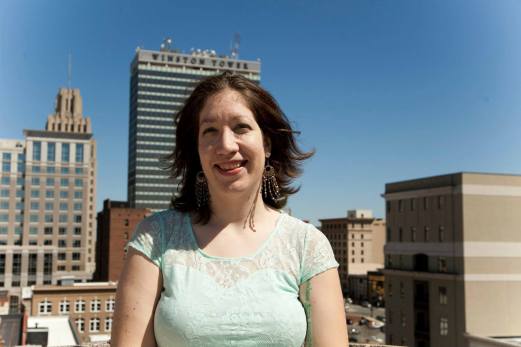 Growing up in Greensboro/Pleasant Garden, Mackenzie came to Winston-Salem in 2004 to attend Salem College. Starting with the YWCA of Winston-Salem upon graduation in 2008, Mackenzie began to fully fall in love with the city. “I love meeting and connecting with new people.”

With a passion for people and for welcoming all, always, Mackenzie has always been involved in building community. She loves to learn and to disseminate that knowledge to others. “I’ve always wanted to know people and know what was going on.” This led to Mackenzie applying to and being chosen to attend the City of Winston-Salem University, where she found a new love of local government. Realizing the power and importance of the City Council, Mackenzie has chosen to run for the seat in her Ward, the South Ward.

Mackenzie has always had a passion for leadership and is and has been involved in other organizations, such as Northwest Child Development Centers, the Winston-Salem Jaycees, the Women’s Fund of Winston-Salem, and many committees, including the Business 40 Re-Opening Project, Bath Creek Falls Committee, and more. The Winston-Salem Ambassadors is a passion for Mackenzie and she continues to nurture the vision for this growing nonprofit.

You can usually find her at one of the great coffee shops that dot Downtown or at any time at mackenzie@wsambassadors.org.

Welcoming ALL to Winston-Salem